Cast Iron Skillet Bacon Cinnamon Rolls are the perfect pairing of sweet and savory in every single bite. Tender homemade cinnamon rolls that are topped with a decadent cream cheese frosting and salty bacon!

This pair perfectly with my instant pot caramelized onion, BACON and asparagus strata.  This is the breakfast marriage proposals can be made from.

I am a sucker for homemade baked goods. If you are looking for the perfect cinnamon roll recipe, you just found it. Tender and fluffy dough, that really pairs so well with the bacon, cinnamon filling, and frosted tops. 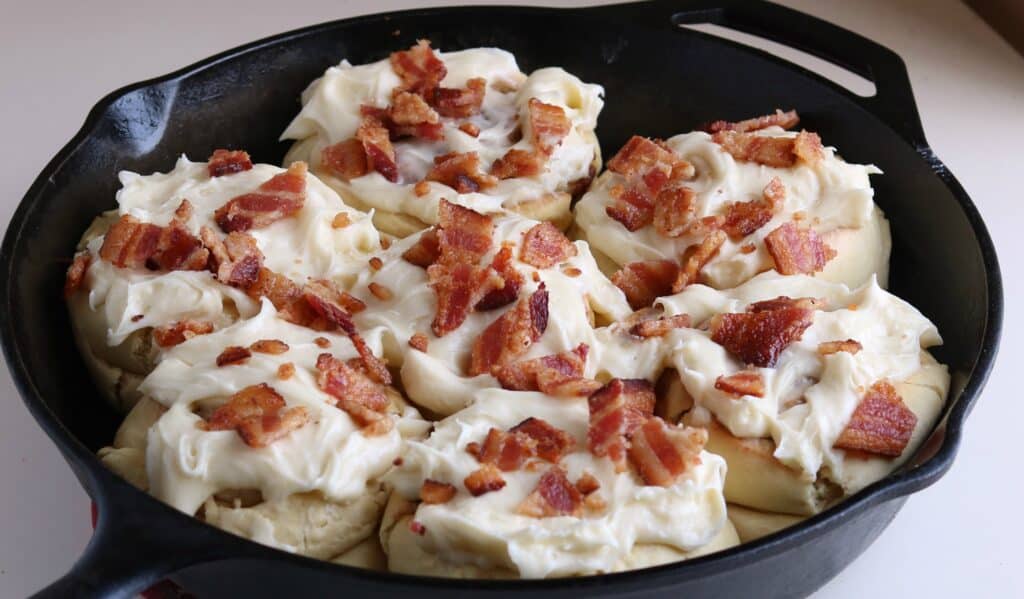 What If I Don’t Own A Cast Iron Skillet

How to Make Bacon Cinnamon Rolls

Step 1: The first step in making these yeast cinnamon rolls is to work over the base dough. I share the full instructions for this in the printable recipe card below.

Step 2: Once your dough is ready you will roll it out into a large rectangle that is around 10” x 20” and then sprinkle your cinnamon roll filling leaving some edge space. 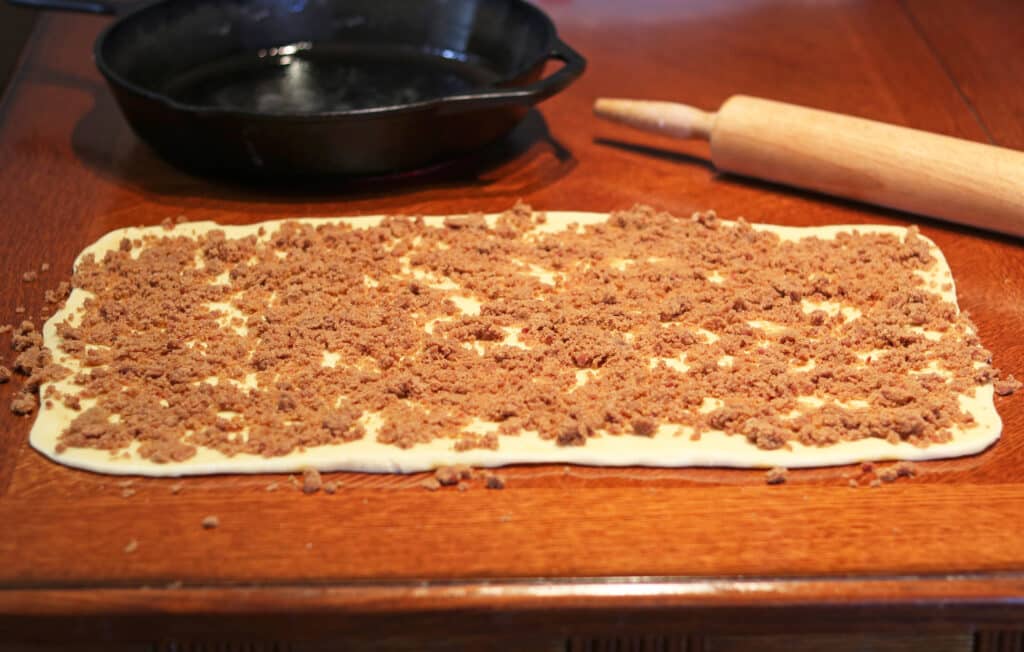 Step 3: Roll up your dough tightly, and then slice into about 7 rolls. Place them on a greased cast iron pan or baking dish. Cover with a tea towel and let it sit for 30 minutes to rise more. 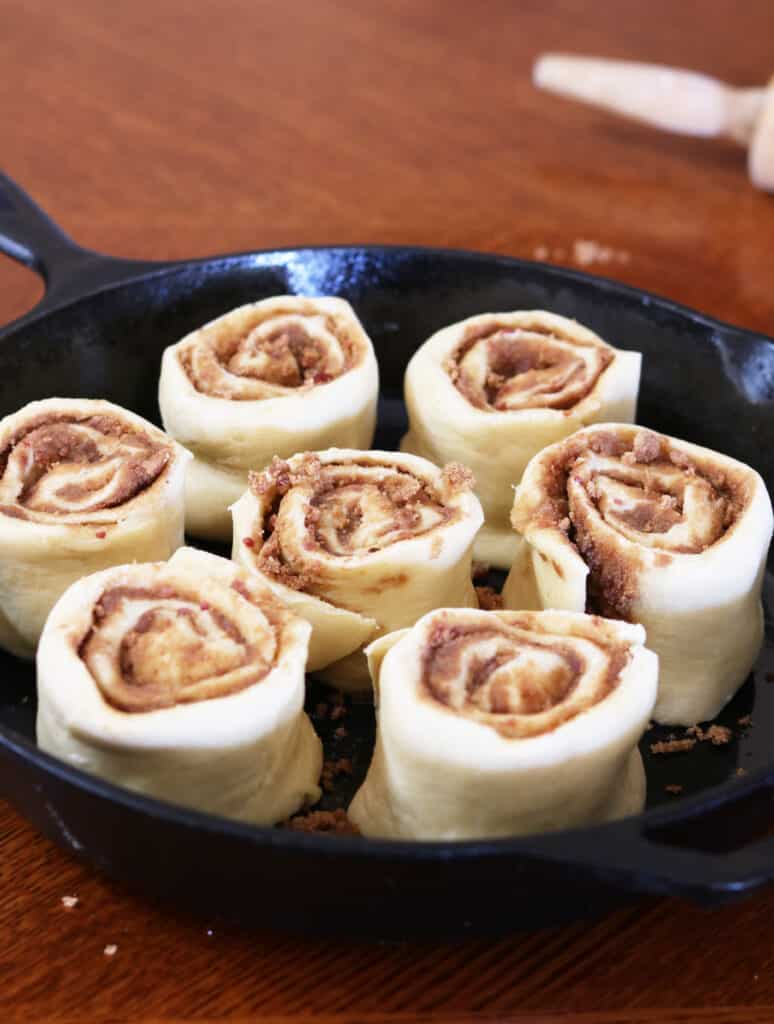 Step 4: While the rolls are rising, preheat your oven to 350 degrees. Then bake rolls for 20 minutes or until slightly golden and cooked through.

Step 5: Now you can work on cooking up your bacon and chopping it small. Then move on to make the cream cheese frosting.

Once your cinnamon rolls have cooled a bit, pour frosting over and spread. Then top with the bacon pieces. Slice and serve these incredible homemade rolls. 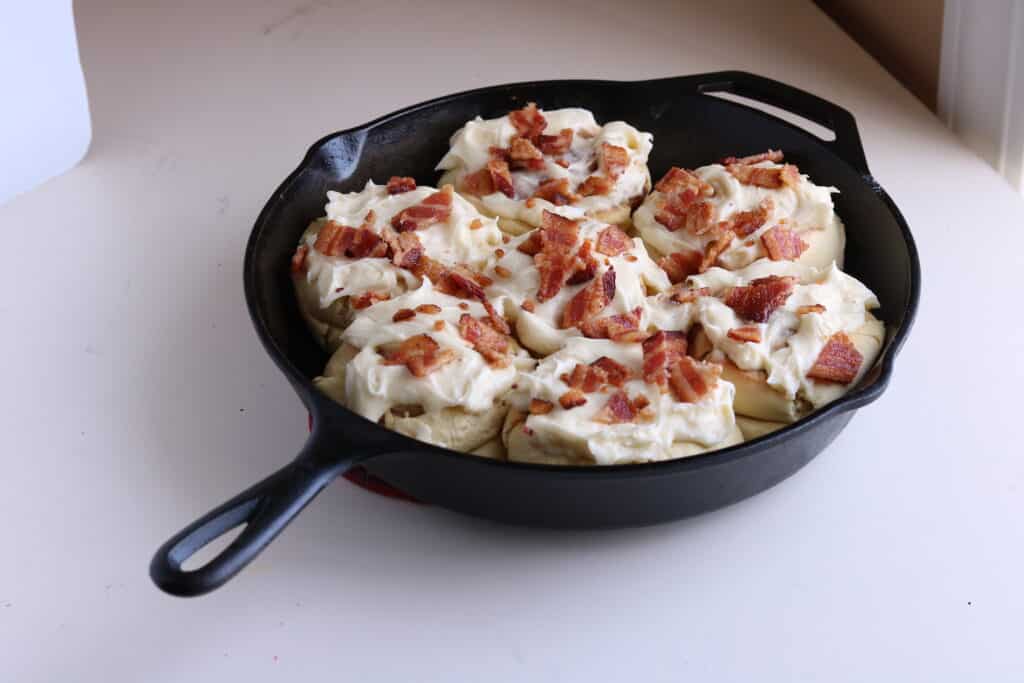 Can I Add Bacon Into The Filling Of Rolls

Sure, if you want to have even more bacon flavor go right ahead. Just make sure your bacon is fully cooked, and then add in a little to the cinnamon-sugar mixture you sprinkle before rolling up your cinnamon rolls.

Since these rolls have a cream cheese frosting they will need to be stored in the fridge. Just place in a proper container and then store for around 4-5 days max.

The rolls will dry out as they set. You can also freeze them if you would like. The cinnamon rolls can store for about 2-3 months. The bacon will change a bit in texture but still taste great.

For another delicious recipe try out this Sweet and Salty Bacon Cinnamon Roll Monkey Bread. 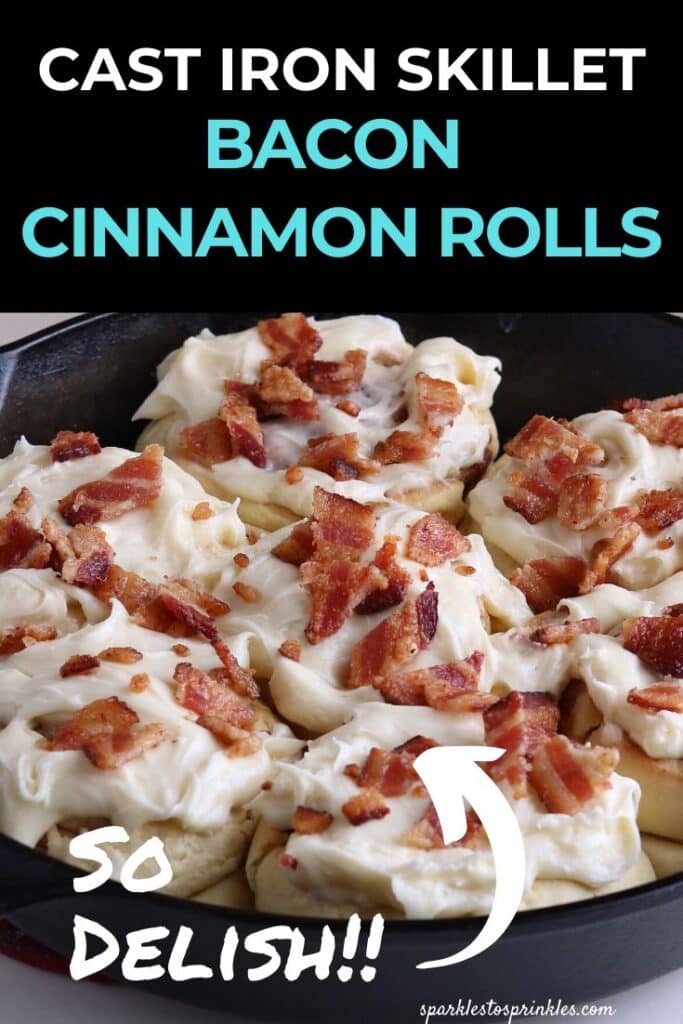 Delicious Cast Iron Skillet Bacon Cinnamon Rolls are one of the most delicious blends of salty and sweet.