Cheesecake stuffed Cinnamon Cinnamon Roll bake is one of my favorite ways to jump-start the day. Cinnamon rolls with a cheesecake layer in between the cinnamon rolls.

Bake this Cinnabon Cinnamon Roll bake and then slice and serve one insanely delicious breakfast.

This is such an easy breakfast or even dessert to serve up. An easy cheesecake layer is all it takes to whip up and place in between the cinnamon rolls.

Can I Use Homemade Cinnamon Rolls

Absolutely! Feel free to swap out the canned cinnamon rolls with homemade if you prefer. I wanted to make a really easy breakfast that busy moms could make with minimal effort. 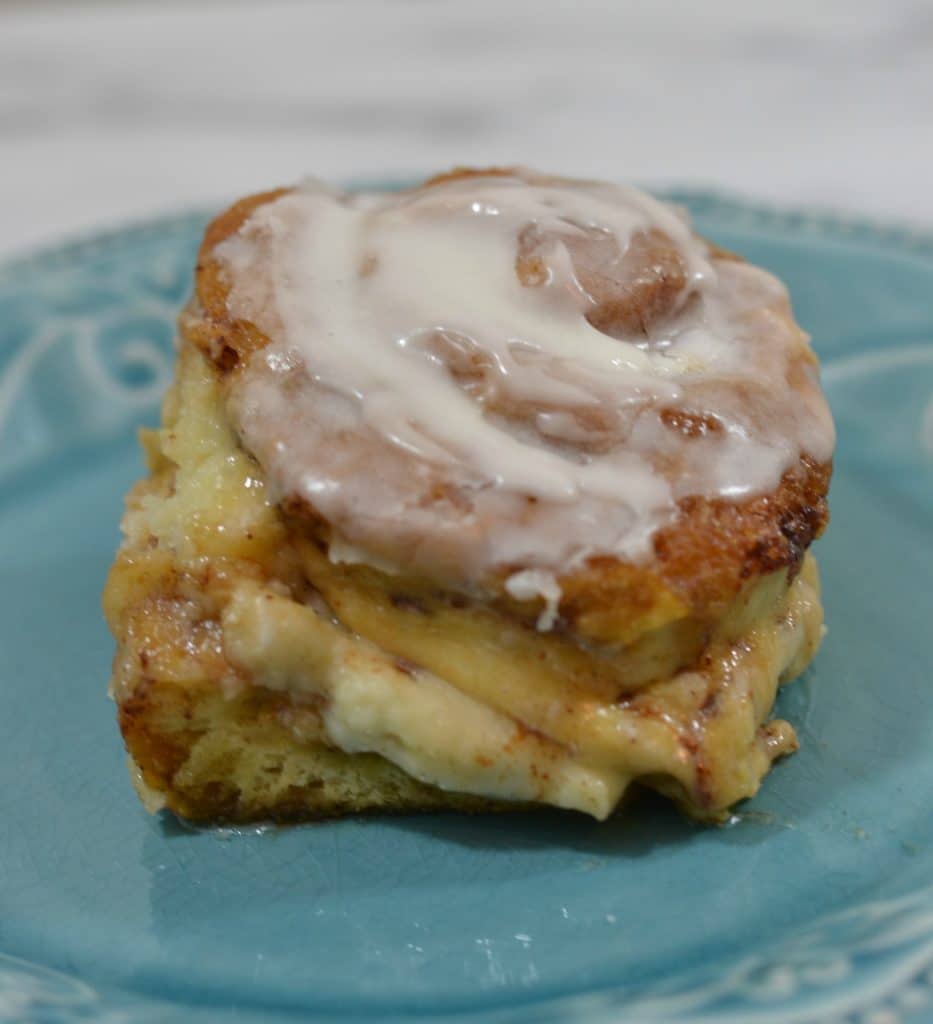 It is more than canned cinnamon rolls so it feels like a fun treat to serve up the family and friends.

Can I Double This Recipe

I have made extra in the past for when we had guests staying over. Then paired with sausage and bacon for that perfect sweet and savory breakfast for everyone.

If you have leftovers, consider yourself lucky! These go so fast in our home. Store your cinnamon rolls in the fridge.

The cheesecake will spoil if left on the counter. So just place in an airtight container or cover the dish tightly with aluminum foil.

Then you can eat leftovers cold or warm it up for a short time in the microwave if you want a fresh out of the oven taste.

Can I Do A Single Layer of Cinnamon Rolls

I haven’t tried doing a single layer, so I can’t fully say it will work. You can either put the cheesecake on the bottom of the pan and top with cinnamon rolls or smear on top of the rolls.

If you do the top, I would almost put it on halfway through baking so it doesn’t overcook.

When To Make This Cinnamon Roll Bake

To me, there is never a wrong time to serve up cinnamon rolls, especially with cheesecake in the middle!

This recipe was so simple and easy to put together.

Place you’re the first can of Pillsbury Cinnabon cinnamon rolls on the bottom of a greased baking dish. 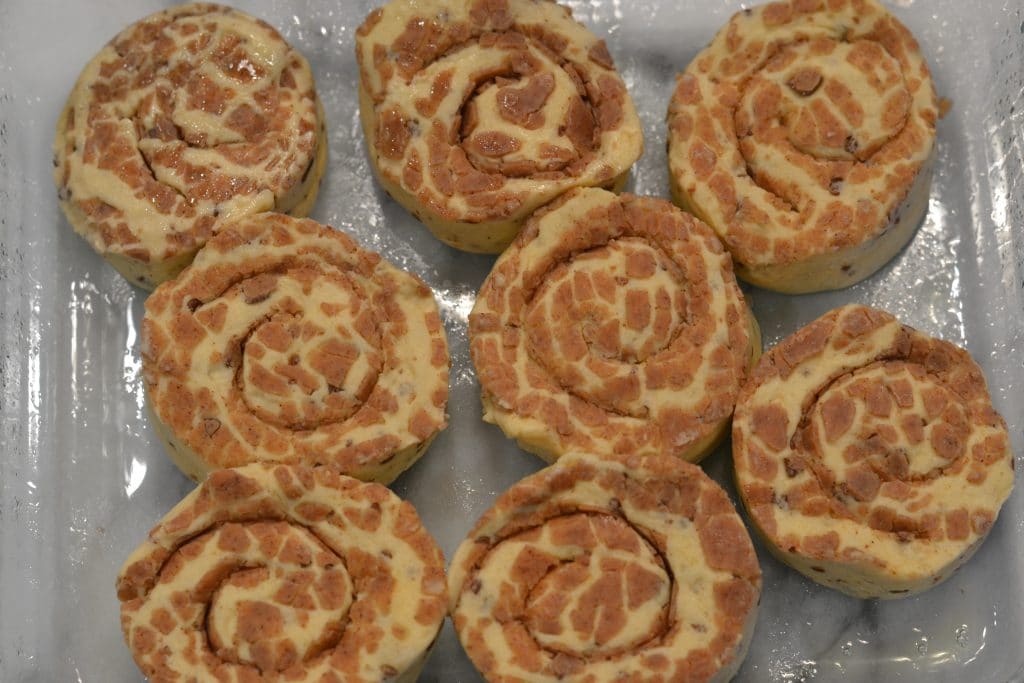 In a mixing bowl, beat your cheesecake mixture until creamy.  Spread over the top of your cinnamon rolls. 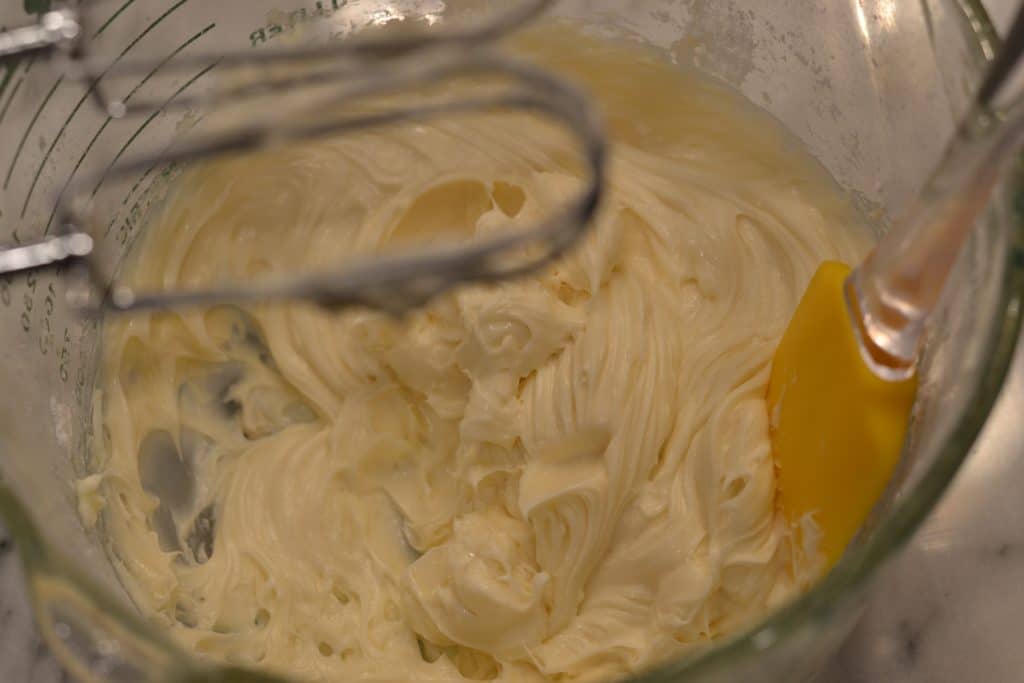 Use the second can of cinnamon rolls to make a second layer.  Bake in a preheated oven. 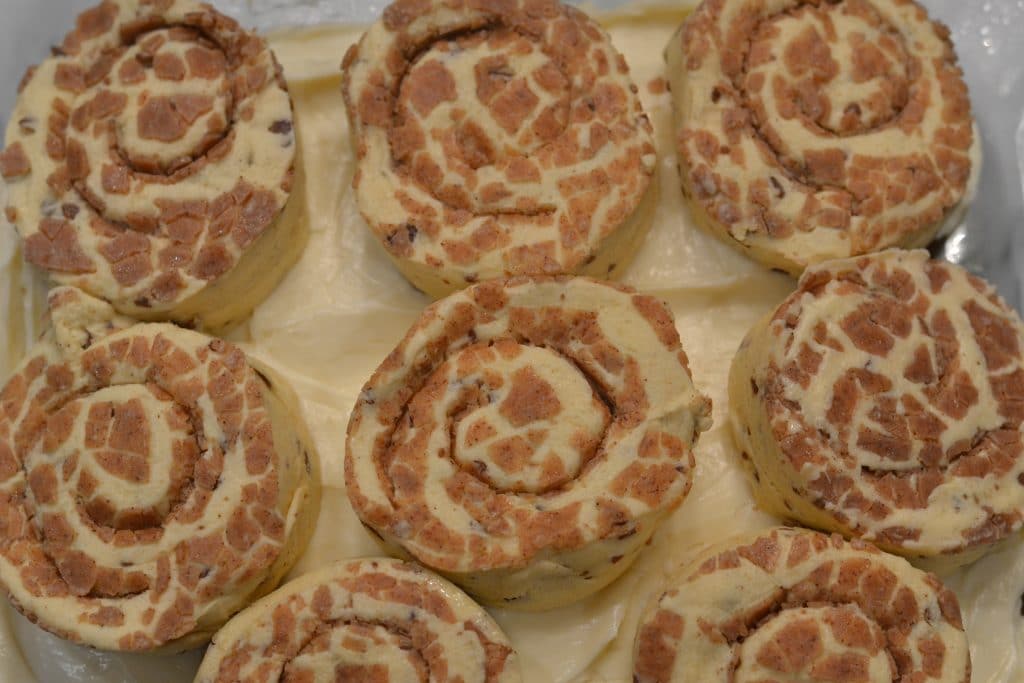 Remove from the oven and spread included icing over the top. 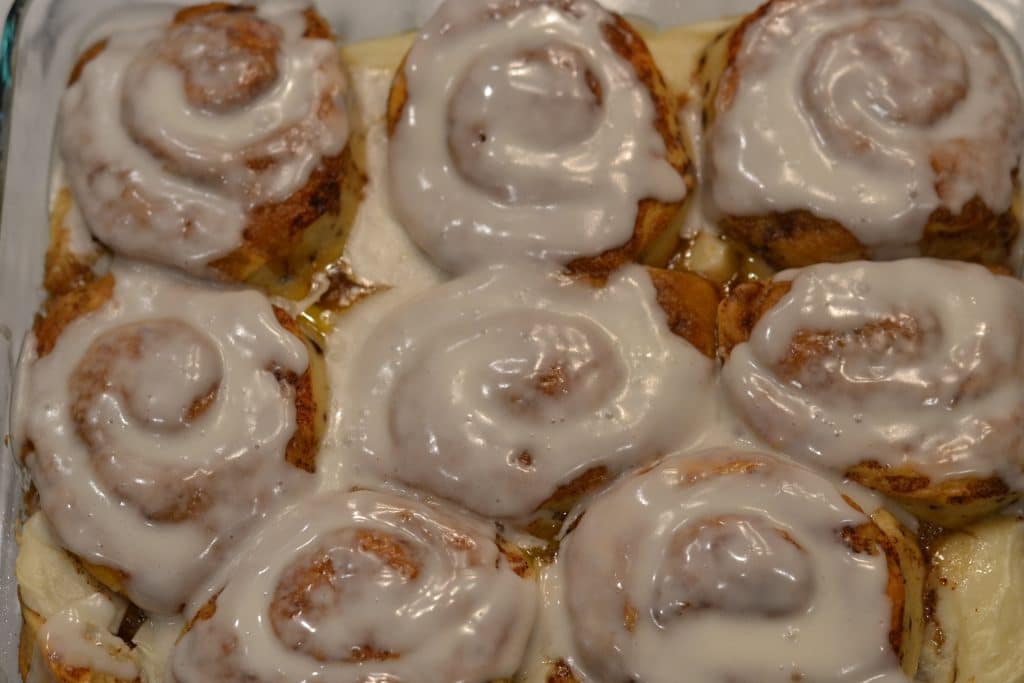 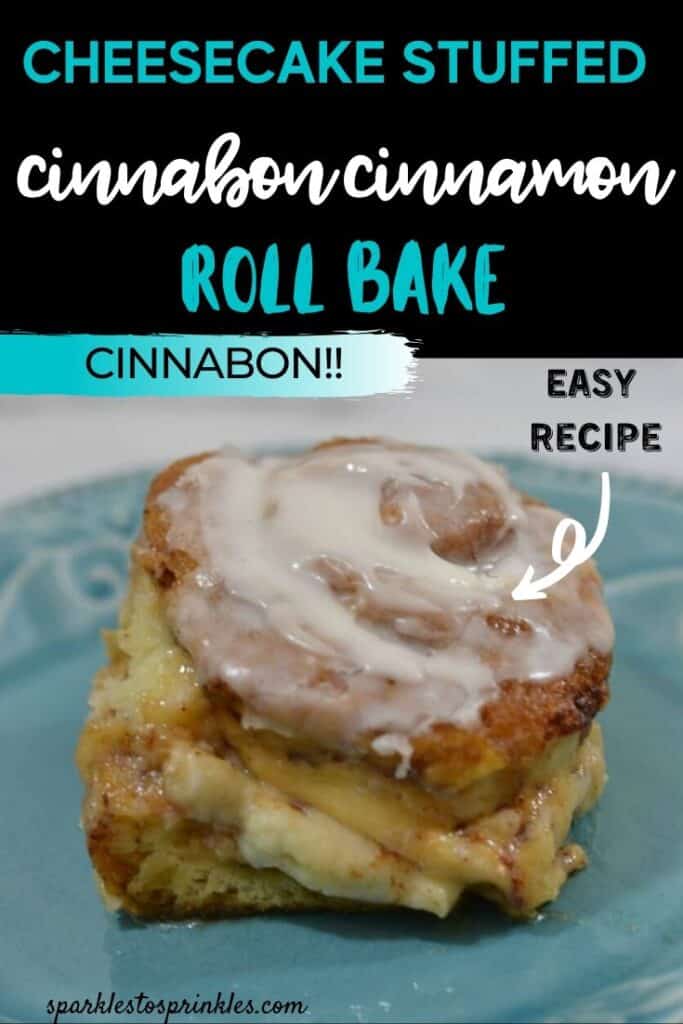 Cheesecake stuffed Cinnamon Cinnamon Roll bake is one of my favorite ways to jumpstart the day. Cinnamon rolls with a cheesecake layer in between the cinnamon rolls.